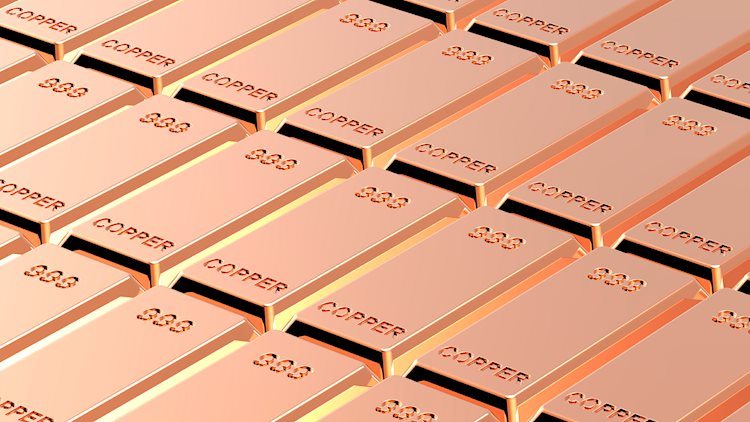 Copper price remains directionless while struggling around the weekly lows during early Thursday. That said, the demand-supply matrix and softer US dollar favor the metal buyers but fears of higher rates and lesser demand from China, the world’s biggest metal buyer, seem to challenge the commodity prices.

While portraying the mood of the red metal traders, the copper price on the COMEX appeared mildly bid near $3.4480 while Reuters stated a three-month contract on the London Metal Exchange (LME) as having the quote of $7,621, down 0.10%, around 05:21 GMT.

It should be noted that the outlook for the industrial metal also deteriorated due to the previous day’s Fed action. Fed’s 75 bps increase in the benchmark rate initially triggered the market’s optimism as the rate statement highlighted the odds of a slower rate hike. The update stated, “Cumulative tightening of monetary policy, the lags with which monetary policy affects economic activity and inflation, and economic and financial developments.”  However, Powell’s speech triggered the risk-aversion wave as he cited the need to bring down inflation “decisively” while also suggesting a bit longer play for the restrictive policy.

Moving on, copper prices are likely to grind lower amid broad economic fears and an anticipated increase in the US dollar. However, today’s US ISM Services PMI for October, forecasted to ease to 55.5 in October compared to 56.7 in previous readings, will precede Friday’s jobs report to direct short-term moves.

Elon Musk alleges SBF donated over $1B to Democrats: “Where did it go?”
OPEC+ holds production unchanged, as expected
USDJPY moves back to the downside and below its 200 day moving average
Yen Jumped as Fed Powell Knocked Down Dollar and Yields
USD/JPY Price Analysis: Stumbles below 134.00 and the 200-DMA on soft USD