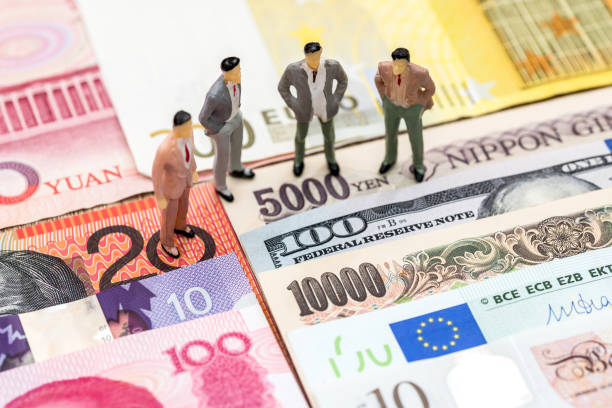 The financial markets are all very steady today, awaiting FOMC rate decision. A 75bps hike a done deal, and the key is whether Fed Chair Jerome Powell would signal slower tightening pace ahead. For now, Dollar is the weaker one for today, followed by Euro and Sterling. On the other hand, Yen is the stronger one together with Aussie and Kiwi. But of course, such picture could change drastically after FOMC.

Post FOMC press conference market movements, in stocks, bonds and FX, should largely be driven by risk sentiment. AUD/USD has the potential to have larger moves than other Dollar pairs. Technically, break of 0.6355 minor support will signal that corrective rebound from 0.6169 has completed, and selloff could intensify through this low quickly. On the other hand, firm break of 0.6530 will add to the case of larger reversal, and bring stronger rise to 0.6698/6915 resistance zone. 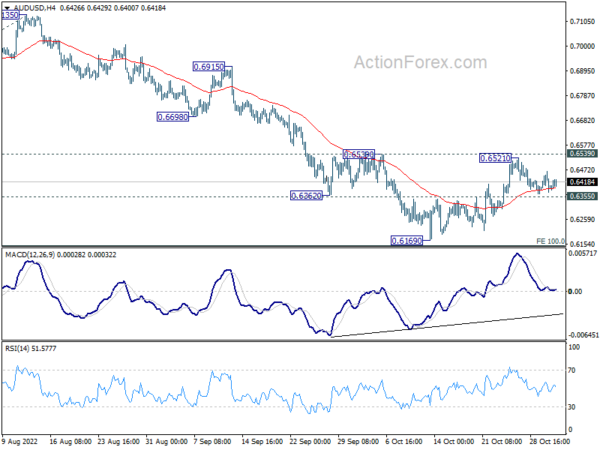 US ADP employment grew 239k, strong but not broad-based

“This is a really strong number given the maturity of the economic recovery but the hiring was not broad-based,” said Nela Richardson, chief economist, ADP. “Goods producers, which are sensitive to interest rates, are pulling back, and job changers are commanding smaller pay gains. While we’re seeing early signs of Fed-driven demand destruction, it’s affecting only certain sectors of the labor market.”

Eurozone PMI manufacturing finalized at 46.4, moved into a deeper decline

Joe Hayes, Senior Economist at S&P Global Market Intelligence said: “The eurozone goods-producing sector moved into a deeper decline at the start of the fourth quarter. The PMI surveys are now clearly signalling that the manufacturing economy is in a recession. In October, new orders fell at a rate we’ve rarely seen during 25 years of data collection – only during the worst months of the pandemic and in the height of the global financial crisis between 2008 and 2009 have decreases been stronger.”

Japan Finance Minister Shunichi Suzuki told the parliament, “I am very concerned about the gradual weakening of the yen”, which could accelerate inflation by increasing import costs.

BoJ Governor Haruhiko Kuroda also said, recent Yen weakness raises uncertainty on the outlook, and is negative for the economy.

Regarding monetary policy, Kuroda said, “If the achievement of our 2% inflation target comes into sight, making yield curve control more flexible could become an option.” But for now, he added that the central bank must maintain ultra-low loose monetary policy to support the economy.

Innes Willox, Chief Executive of Ai Group said: “Australian manufacturing is in a holding pattern, with three straight months of flat results. Demand conditions in the market remain stable, but longstanding supply-side problems, such as labour and supply chain shortages, continue to drag on the industry.” 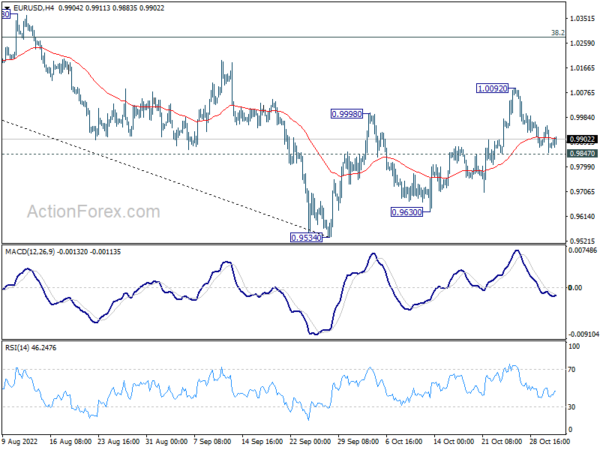 In the bigger picture, the case of medium term bottoming at 0.9534 building up, with bullish convergence condition in daily MACD. While it is too early to call for trend reversal, firm break of 0.9998 opens up stronger rebound back to 55 week EMA (now at 1.0630) even as a corrective rise. However, sustained trading back below 55 day EMA (now at 0.9938) will revive medium term bearishness for another fall through 0.9534 low. 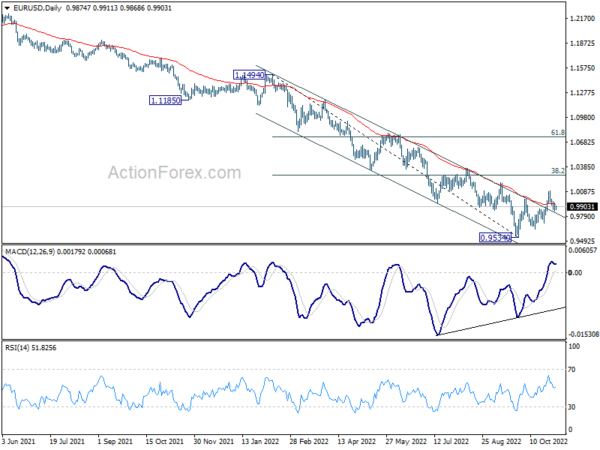 Yen Outperforms on Falling US Yields, Focus Turns to NFP
Kharif pulses production drops about 8% year on year
Private hiring increased by just 127,000 jobs in November, well below estimate, ADP reports
USD/JPY is leading the dollar lower (sort of)
Bank of Canada rate decision at the top of the hour