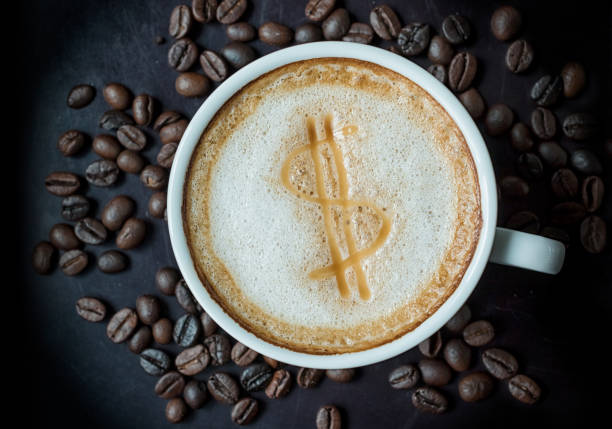 Dollar is trading mildly lower in Asian session today, but manages to maintain most of this week’s gain so far. The greenback will look into today’s FOMC rate decision, where a 75bps hike is well priced in. Today’s Fed meeting is not about today, but how Chair Jerome Powell would indicate the rate path ahead. Meanwhile, Yen is trading broadly higher as supported by comment from Japanese official that even gradual depreciation in exchange rate is now a concern. Overall, most major pairs and crosses are stuck inside last week’s range, with the exception of Kiwi.

Technically, some focuses will be on 0.9847 minor support in EUR/USD and 1.0030 minor resistance in USD/CHF. Break of these levels will argue that Dollar’s near term pull back is finished, which set the stage for more upside in the greenback, at least until Friday’s non-farm payrolls. 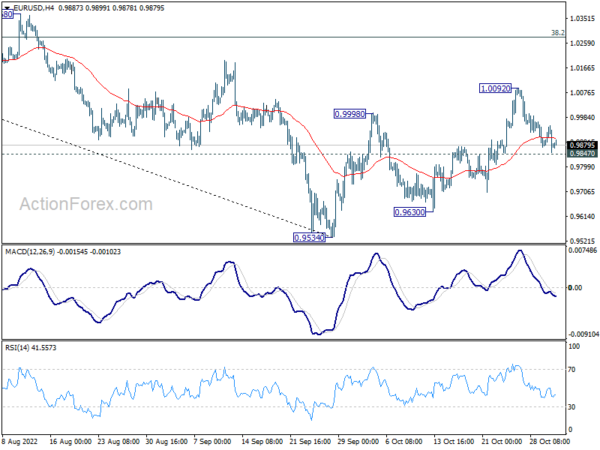 BoC Macklem: We are getting closer, but we are not there yet

BoC Governor Tiff Macklem said in a speech that the central bank is trying to “balance the risks of under- and over-tightening.” “The tightening phase will draw to a close,” he added. “We are getting closer, but we are not there yet.”

BoC is still “far from that goal” of ensuring “low, stable and predictable” inflation. “With inflation so far above our target, we are particularly concerned about the upside risks,” he added.

Macklem also said, “We expect growth will stall in the next few quarters—in other words, growth will be close to zero. But once we get through this slowdown, growth will pick up, our economy will grow solidly, and the benefits of low and predictable inflation will be restored.”

Japan Finance Minister Shunichi Suzuki told the parliament, “I am very concerned about the gradual weakening of the yen”, which could accelerate inflation by increasing import costs.

BoJ Governor Haruhiko Kuroda also said, recent Yen weakness raises uncertainty on the outlook, and is negative for the economy.

Regarding monetary policy, Kuroda said, “If the achievement of our 2% inflation target comes into sight, making yield curve control more flexible could become an option.” But for now, he added that the central bank must maintain ultra-low loose monetary policy to support the economy.

Innes Willox, Chief Executive of Ai Group said: “Australian manufacturing is in a holding pattern, with three straight months of flat results. Demand conditions in the market remain stable, but longstanding supply-side problems, such as labour and supply chain shortages, continue to drag on the industry.”

Fed to hike 75bps, would Powell indicate slower tightening ahead?

Fed is widely expected to raise interest rate by 75bps again today, to 3.75-4.00%. The main question is whether Chair Jerome Powell would signal that tightening pace is going to slow afterwards.

Currently, there are some expectations that Fed would opt for a smaller hike of 50bps in December, then a 25bps hike in February, and probably another 25bps in March, and pause from there.

However, such hope was somewhat dashed as job data released yesterday showed that the job market could have tightened further. Job openings surged to 10.7m in September, rather than a fall to 9.8m. Ratio of openings to unemployed persons also climbed from 1.7 to 1.9. ISM manufacturing employment also improved.

Overall, there could be some negative market reactions if Powell doesn’t deliver any firm message of a pivot.

Here are some suggested readings on Fed:

Intraday bias in USD/CHF stays neutral and outlook is unchanged. On the upside, break of 1.0030 minor resistance will suggest that pull back from 1.0146 has completed at 0.9840. Bias will be back on the upside for retesting 1.0146. Firm break there will resume larger up trend to 1.0283 projection level. However, break of 0.9840 support will now be a sign of reversal, and bring deeper decline back to 0.9779 support instead. 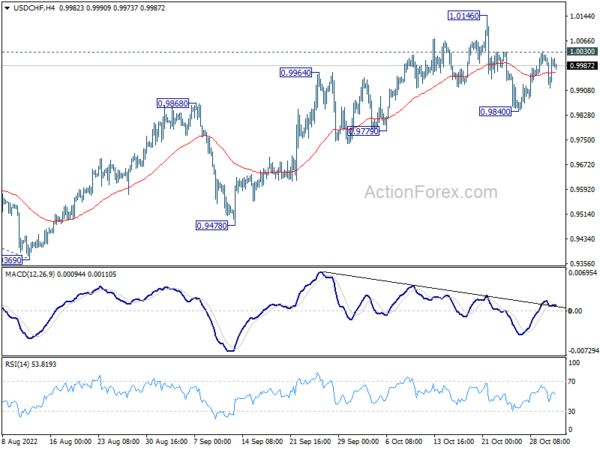 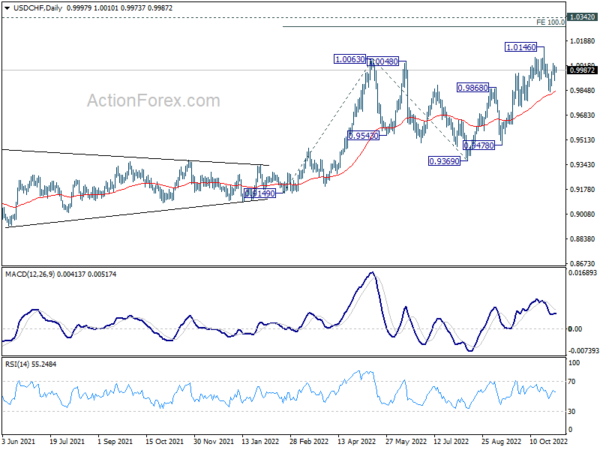