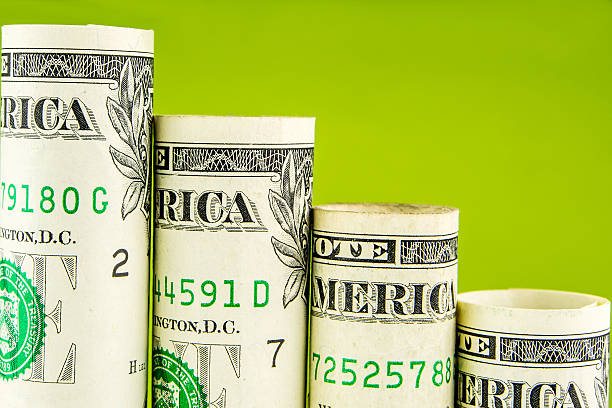 Dollar selloff resumes in early US session after lower than expected PPI reading. Aussie and Kiwi are strong as supported by risk-on sentiments but Canadian is lagging behind. Yen is also firm, together with Swiss Franc, thanks to falling yields. Euro and Sterling continue to be mixed. In other markets, Gold is struggling to take out 1800 handle decisively, but bias stays on the upside. WTI crude oil recovering, with relatively weak momentum.

Fed Daly: 50bps hike in Sep is her baseline

In an FT interview, San Francisco Fed President Mary Daly said, “there’s good news on the month-to-month data that consumers and business are getting some relief, but inflation remains far too high and not near our price stability goal,”

“This is why we don’t want to declare victory on inflation coming down,” she said. “We’re not near done yet.”

She reiterated her view that rise should rise to just under 3.5% by the end of the year. And her baseline for September FOMC meeting is a 50bps hike.

“There is a lot of uncertainty, so leaping ahead with great confidence that [a 0.75 percentage point rate rise] is what we need and being prescriptive would not be optimal policy,” she said.

Further rise is now expected as long as 0.6351 resistance turned support holds. Next target is 0.6575 cluster resistance zone (38.2% retracement of 0.7463 to 0.6059 at 0.6595). This is the major resistance zone for NZD/USD to overcome. Decisive break there will raise the chance of medium term bullish reversal. Meanwhile, rejection by 0.6575/95 will maintain medium term bearishness. 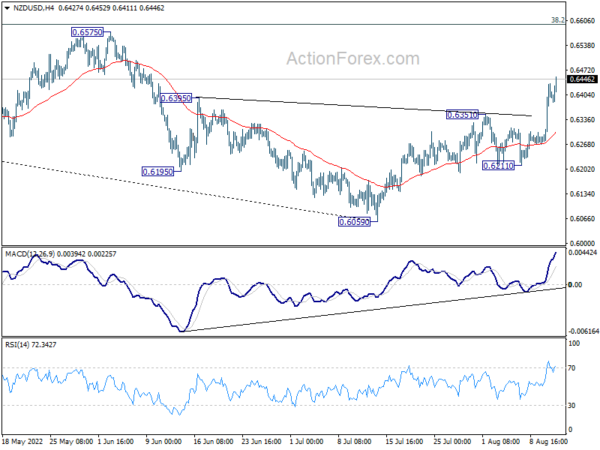 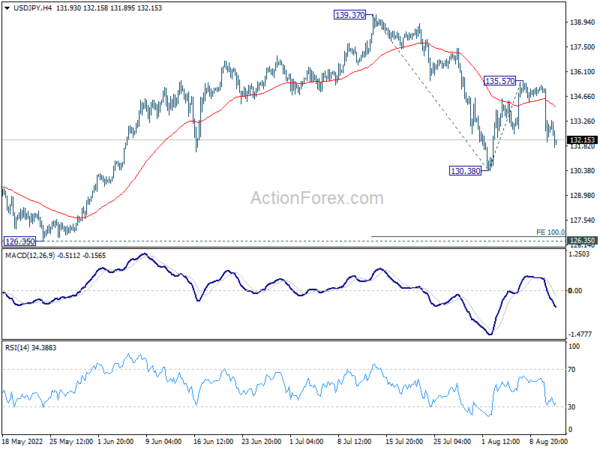 In the bigger picture, fall from 139.37 medium term top is seen as correcting whole up trend from 101.18 (2020 low). While deeper decline cannot be ruled out, outlook will stays bullish as long as 55 week EMA (now at 121.84) holds. Long term up trend is expected to resume through 139.37 at a later stage, after the correction finishes. 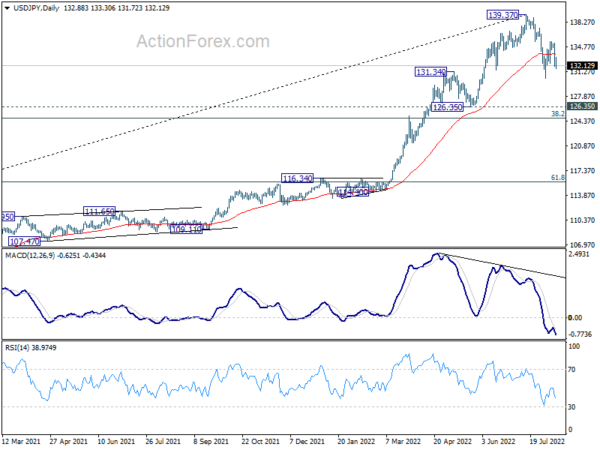