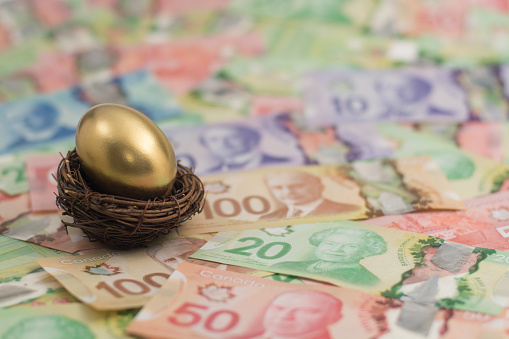 Australian Dollar rises broadly today with support from strong inflation data. But upside is capped by mildly negative investment sentiment in Asia. While DOW and S&P 500 made new records overnight, there is no follow through in risk-on sentiment. Overall currency markets are mixed, with Yen as second strongest so far. Dollar is the weakest followed by Canadian Dollar. The Loonie is looking forward to BoC tapering and forward guidance.

Technically, while Aussie rises, both AUD/USD and AUD/JPY are stuck in near term range. Focus will be on 0.7545 temporary top in AUD/USD and 86.24 in AUD/JPY. Firm break of these levels together should confirm underlying rally in Aussie, that could be seen elsewhere, in particular against Euro. 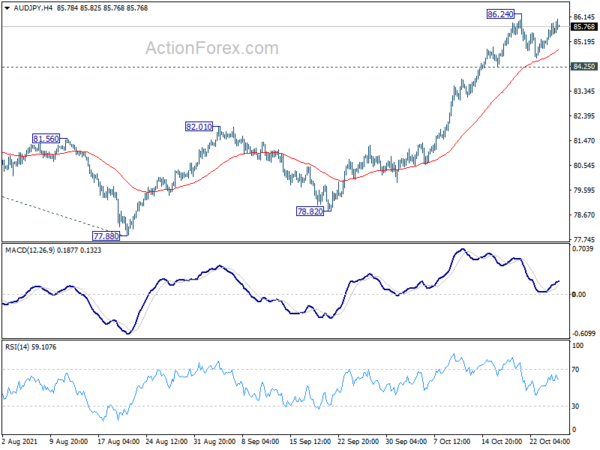 Australia CPI rose 0.8% qoq in Q3, matched expectations. Over the 12-month period, headline CPI slowed from 3.8% yoy to 3.0% yoy. Trimmed mean CPI jumped from 1.6% yoy to 2.1% yoy. Weighted median CPI rose from 1.6% yoy to 2.1% yoy too. Both trimmed mean and weighted mean CPI readings were highest in over five years, and the first annual movements above 2% since September 2015 quarter.

Head of Prices Statistics at the ABS, Michelle Marquardt said the most significant price rises in the September quarter were new dwellings (+3.3 per cent) and automotive fuel (+7.1 per cent).

“These three consecutive record months for imports are a reflection of both the higher prices New Zealanders are paying for consumer goods, and strong demand for capital goods such as machinery used in construction, and passenger vehicles,” international trade manager Alasdair Allen said.

ANZ said: “Despite living week to week to some extent, firms appear to be getting on with it as best they can. There are clearly challenges, with costs extremely high and profits expected to fall, but more positively, activity expectations, investment intentions and employment intentions are holding up. The COVID situation remains unpredictable, however, and we’ll be watching closely for any evidence of that uncertainty derailing plans.”

BoC to taper again, CAD/JPY in consolidation but stays bullish

BoC is widely expected to continue tapering today, by announcing to lower weekly asset purchases by CAD 2B to CAD 1B. Also, the central bank would set the plan to end QE in December. Markets are currently pricing in three rate hikes in 2022, and would be eager to see any adjustment in the forward guidance to affirm such expectations. But BoC would probably hold their cards until December, and just reiterate that policy rate would stay at “the effective lower bound until economic slack is absorbed so that the 2 percent inflation target is sustainably achieved”.

Some previews on BoC: 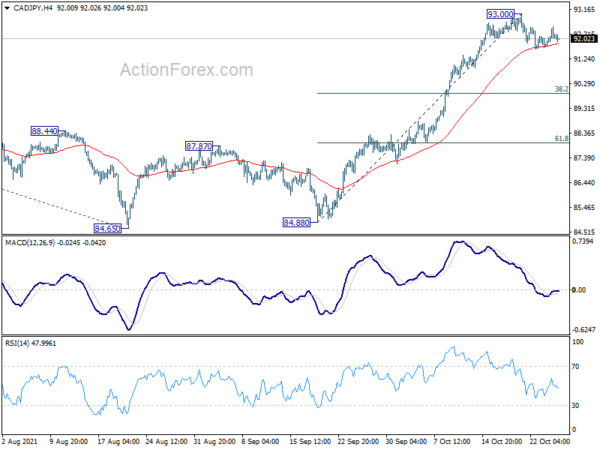 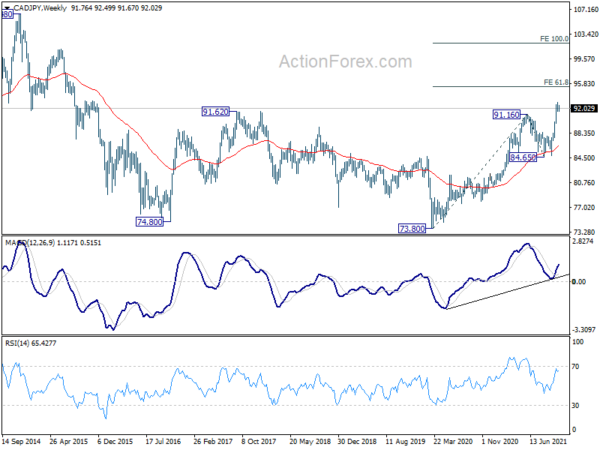 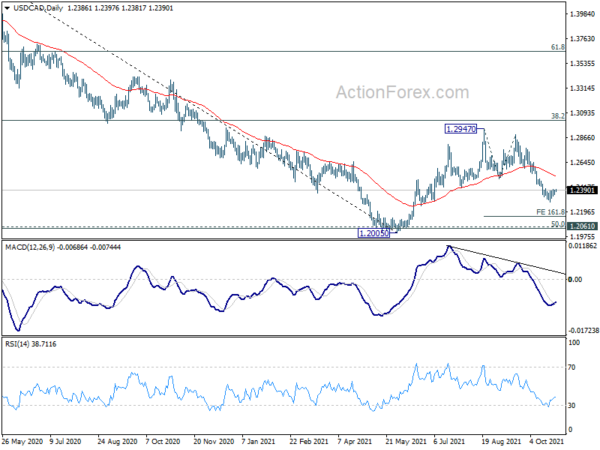