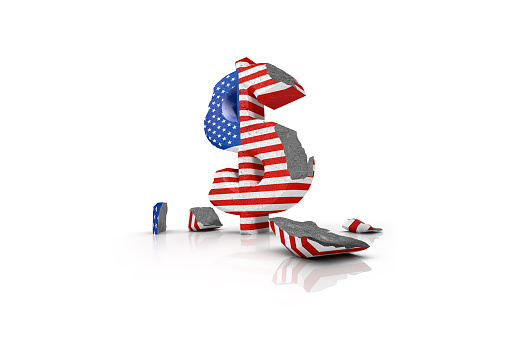 Selling in Dollar and Yen persists again today. New Zealand Dollar is currently the biggest winner, on increasing expectation of RBNZ rate hikes. While Aussie is also strong, Sterling is slightly stealing the show too, with help from renewed buying against Euro. The cautious comments from ECB policymakers are not giving much support to Euro, even though it’s still gaining against the weak Dollar and Yen.

Technically, Silver is outperforming Gold recently, as the rebound from 21.41 accelerates higher. The strong break of 55 day EMA now raises the chance that larger correction from 30.07 has completed at 21.41. Next focus will be 24.86 resistance. Firm break there will add more credence to this bullish case. We’d have on eye on whether Gold would rise through 1833.79 resistance in tandem, which in turn signals more selling in Dollar. 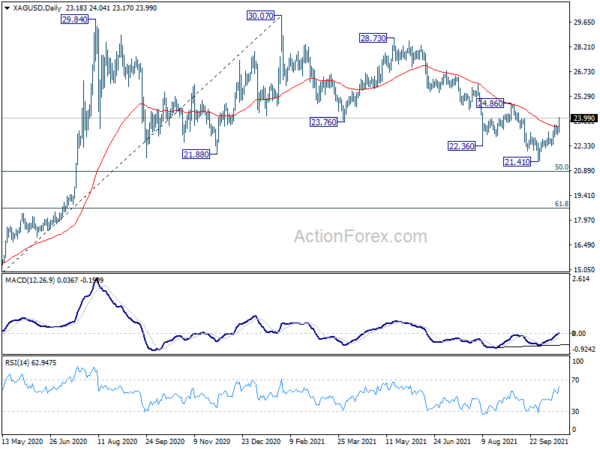 Rehn: ECB leans on the side of not overreacting to inflation

He added that “evidence speaking for transitory inflation is quite convincing” while core inflation was still “subdued”. Also, there is “no major evidence of second round effects”. Hence, ECB “leans on the side of not overreacting”.

ECB Governing Council member, Bank of France Chairman Francois Villeroy de Galhau said he expected the French economy to be back to pre-pandemic level by year-end. He acknowledged that the auto sector was underperforming, but “areas of the economy are doing well.”

He also emphasized “there is still big difference in terms of rising energy prices and overall total inflation.” He expected inflation to get back to below 2% level by the end of next year.

“So today there is no reason, for example, for the European Central Bank to raise interest rates next year.” Though, “we remain very vigilant on inflation,” he added.

Regarding the risk of China’s Evergrande turning into a Lehman Brothers, Villeroy said “history is not in the process of being repeated”. “I think that Evergrande is mainly a Chinese problem,” he added.

ECB Vasle: We should be very careful about second round effects

ECB Governing Council member Bostjan Vasle warned that “there are early signs that in parts of the economy and certain regions, the risk regarding the labour market could become more material.”

“In some parts of the economy, labour is in short supply and if this trend will continue, or spread to other sectors, it could pose a risk to inflation,” he said said. “That’s why I think we should be very careful about second round effects.”

He also said if the trends of economic recovery continue, “then in next March it will be appropriate to end PEPP, as announced when the programme was implemented.” But he emphasized, “even when we decide to end it, we’ll continue to provide plenty of liquidity to the economy with our other instruments.”

In the minutes of October 5 meeting, RBA reiterated that economic recovery was interrupted by the outbreak of Delta. Economy is expected to return to growth in Q4, after contraction in Q3, and then back to pre-Delta path in H2 of 2022. Economy recovery was “likely to be slower than in late 2020/early 2021” and “much would depend on health outcomes and the nature and timing of the easing of restrictions on activity.”

RBA also noted, “while disruptions to global supply chains were affecting the prices of some goods, the effect of this on the overall rate of inflation in Australia was limited”. Wages growth and underlying inflation were “expected to pick up only gradually as the economy recovers.

It acknowledged that house prices and credit growth had continued to rise strongly. “while less accommodative monetary policy would, all else equal, see lower housing prices and credit growth, it would result in fewer jobs and lower wages growth, which would in turn create further distance from the goals of monetary policy – namely, full employment and inflation sustainably within the target range.”

Overall, the conditions for rate hike “will not be met before 2020”. “Meeting this condition will require the labour market to be tight enough to generate materially higher wages growth than at the time of the meeting.”

GBP/USD’s rebound from 1.3410 extends higher today and intraday bias stays on the upside for 1.3912 key structural resistance. Firm break there will indicate that the correction from 1.4248 is complete with three waves down to 1.3410. Further rally would then be seen to retest 1.4248 high. On the downside, however, break of 1.3708 minor support will dampen the bullish case and turn intraday bias neutral first. 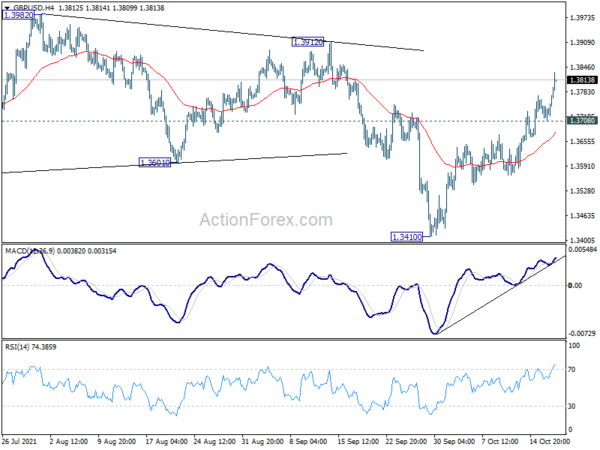 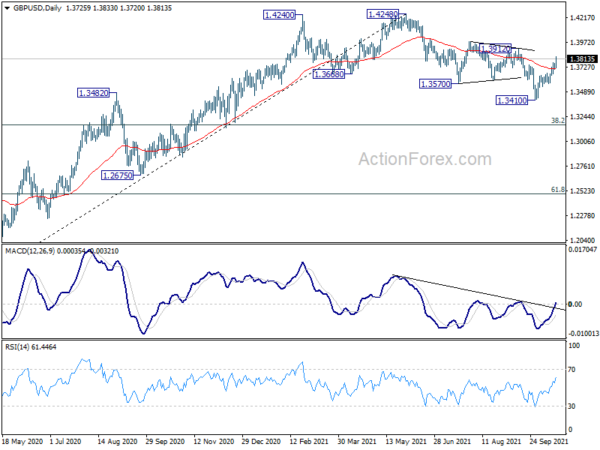 Key inflation measure that the Fed follows rose 0.2% in October, less than expected
Oil mixed as OPEC+ meeting, EU Russian oil ban loom
The Fed’s path to a ‘Goldilocks’ economy just got a little more complicated
The bid for stocks and bonds is relentless
Pakistan launches new laws to expedite CBDC launch by 2025