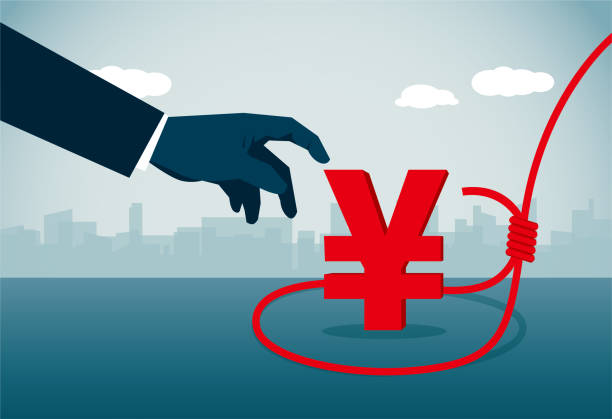 Yen’s decline resumes in Asian session today, with selling focusing against commodity currencies. Aussie shrugs off slightly weaker than expected job data, and strengthen together with Kiwi and Loonie. On the other hand, Dollar turns slightly softer even though FOMC minutes affirmed tapering to start in November. Euro is not far away too while Sterling is a bit sluggish. As for the week, Aussie is currently the strongest one so far, followed by Kiwi. Yen remains the worst, followed by Dollar and Euro.

Technically, USD/CAD is now pressing a key structural support level at 1.2421. Sustained break there would argue that whole rebound from 1.2005 has completed at 1.2947. That would set the stage for retesting 1.2005 low. That, if happens, might be a prelude for more downside in Dollar in general, except versus Yen. In particular, AUD/USD could follow and rise through 0.7477 resistance to affirm the case that larger correction form 0.8006 has completed. 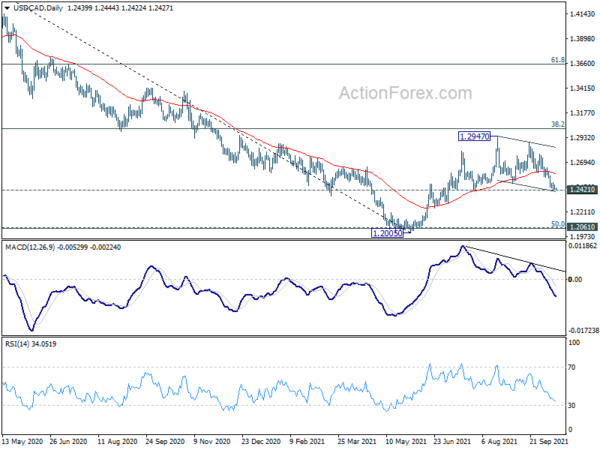 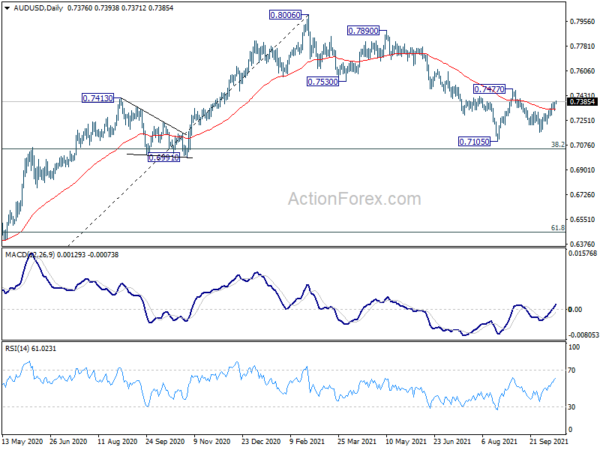 Fed Governor Michelle Bowman said in a speech yesterday that she’s “mindful that the remaining benefits to the economy from our asset purchases are now likely outweighed by the potential costs.”

“Provided the economy continues to improve as I expect, I am very comfortable at this point with a decision to start to taper our asset purchases before the end of the year and, preferably, as early as at our next meeting in November,” she added.

Bowman also noted that the asset purchases have “essentially served their purpose.” She’s particularly concerned that “asset purchases could now be contributing to valuation pressures, especially in housing and equity markets.” The loose monetary policy could now “pose risks to the stability of longer-term inflation expectations.”

BoJ Noguchi: Economic recovery will become clearer at the end of year

BoJ board member Asahi Noguchi said the central bank should continue with the currency easing “patiently” because it takes a long time to achieve the 2% inflation target. But he’s optimistic that economic recovery will become clearer at the end of the year and onwards, as vaccinations help to ease the pandemic impacts.

Separately, Governor Haruhiko Kuroda said in a G20 finance meeting that some emerging economies are still facing downward pressure form the pandemic. But the overall impact on the global economy will “gradually subside”.

Australia employment dropped -138k in Sep, back below pre-pandemic levels

Bjorn Jarvis, head of labour statistics at the ABS, said: “Extended lockdowns in New South Wales, Victoria and the Australian Capital Territory have seen employment and hours worked both drop back below their pre-pandemic levels.

“There were large falls in employment in Victoria (123,000 people) and New South Wales (25,000 people, following the 173,000 decline in August). This was partly offset by a 31,000 increase in Queensland, as conditions there recovered from the lockdown in early August.”

“The low national unemployment rate continues to reflect reduced participation during the recent lockdowns, rather than strong labour market conditions.”

Looking ahead, Swiss PPI will be the main feature in European session. Later in the day, Canada will release manufacturing sales. US will release PPI and jobless claims. 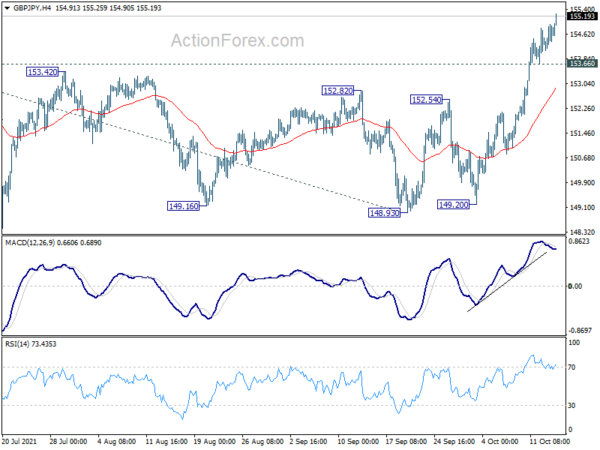 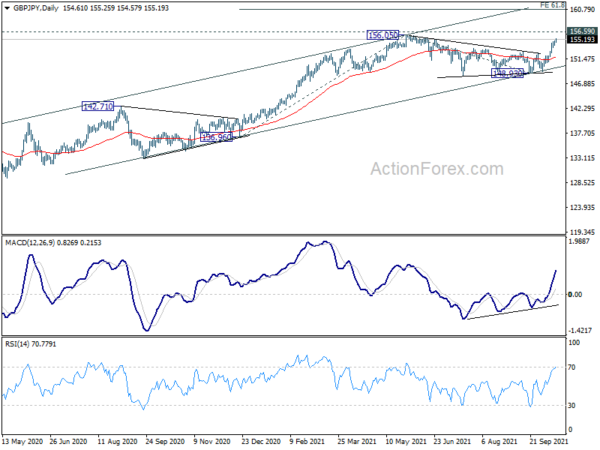 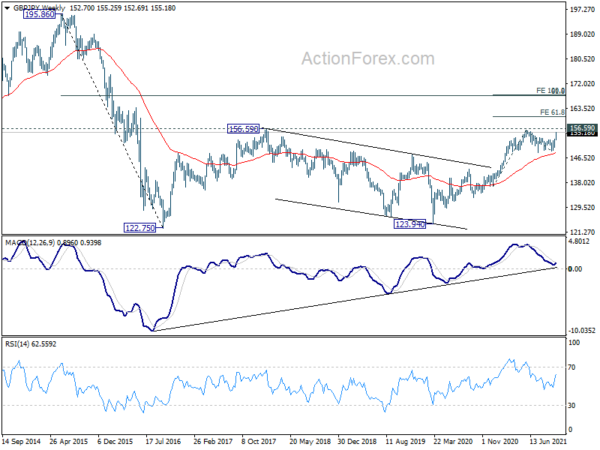