Citigroup reported that chief equity strategist Tobias Levkovich died on Friday, a month after being hit by a car while crossing a street in Long Island, NY.

Levkovich was perhaps the world’s most well-known equity strategist and had been in his role at Citi since 2001.

The same day he was hit by the car, Levokvich published his last equity note. It ended up being prescient, as he retained a bearish stance on equities despite the strong start to the year. He maintained a 4000 target on the S&P 500.

The index closed at 4524 on the day it was published and fell to 4307 at month end. It would need to fall just below the May lows to meet his target. 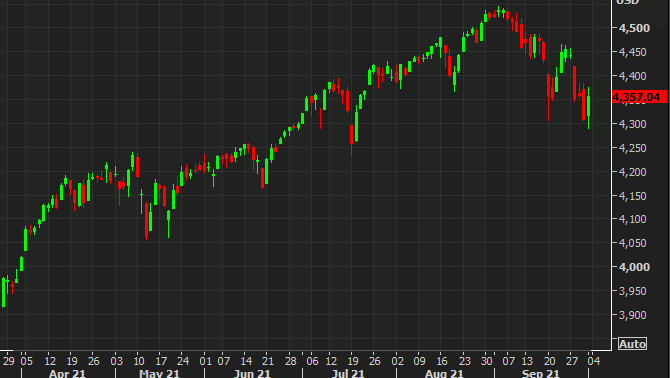 In his final note, he wrote about “parallels between current conditions and those of 1999.”

“Caution that proves to be wrong can cost one a career,” Levkovich told clients in the note. “Nevertheless, we feel compelled to stand by our analytical process.”

The S&P 500 roared 49 points higher on Friday but given the worries about bottlenecks, inflation, China, energy and congress. Levkovich may have the last laugh.

We enjoyed his many appearances on financial TV, condolences to his family.