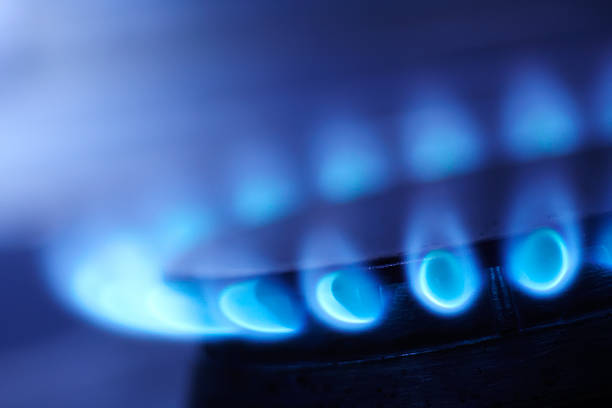 European gas price has kept breaking new records over the past months. Both higher-than-usual demand and supply shortage have led to the price strength. As winter is approaching, we expect price to remain at elevated levels in the months to come. 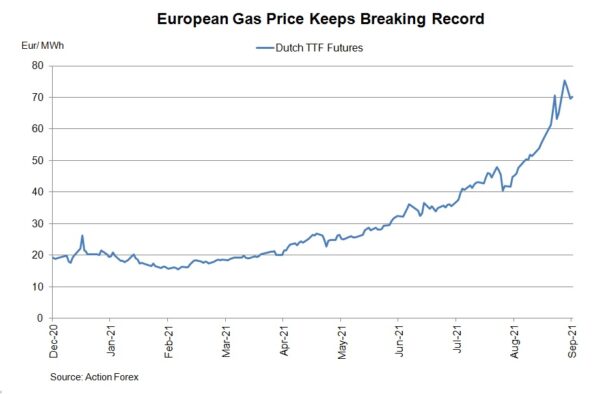 The front-month Dutch TTF gas contract has remained firm after breaking above EUR 70/MWh. In fact, gas price has more than tripled since the beginning of the year and been making new record since June. There are several reasons for the phenomenon. On the demand side, cooler-than- normal weather in April and May raised electricity consumption. This delayed the typical injection season from March/April to the middle of May. The chart below shows that natural gas storage in Europe this year is significantly below than of 2020. Since late-May, it has also fallen below the lower bound of storage from 2016 to 2020. Higher coal price and regulations to limit carbon emission have also lifted demand. Imports to China have in particular soared as a result. 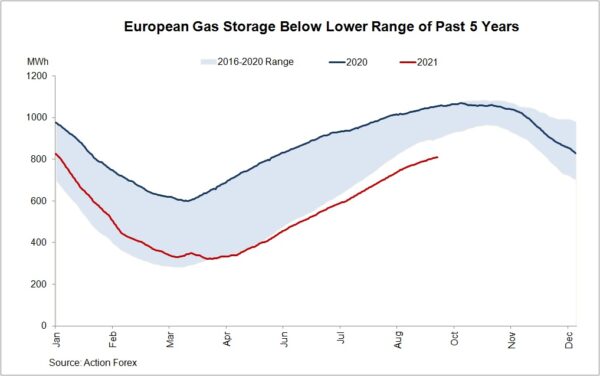 Supply to Europe has also been disrupted due to maintenance and unexpected outage, as well as business considerations of exporters. Maintenance on both the Yamal-Europe and Nord Stream pipeline disrupted gas flow from Russia in July. Meanwhile, a fire at the condensate de-ethanization unit of the first stage of the Urengoy Condensate Treatment Plant in early August also affect supply. It was reported that average Russian flows via the Mallnow entry into Germany sank -40% m/m in August. Elsewhere, maintenance of the Troll gas field in Norway also resulted in a sharp fall in gas flow. While flow should return to normal in coming months, this would coincide with the high demand seasons as winter is approaching.

Exporters have over the past few months diverted their supply to Asia from Europe, due to the price premium of the former. The ramp up of demand from China, the world’s largest natural gas consumer, has been in part driven by government policy to reduce carbon emission. Meanwhile, the rally in domestic coal price as a result of both import restrictions and the temporary closure of some coal mines earlier in the year also helps drive natural gas demand.

Things will likely intensify as winter arrives in two months. Natural gas storage usually peaks in mid-October and declines until March the next year. Price is expected to stay high in the coming months. We will not be surprised to see new records after pullback.

Dollar Selloff Extends after PCE Inflation, Breaking to the Downside
NZD/USD conquers 0.6400 amidst a risk-off mood, post US NFP report
Private hiring increased by just 127,000 jobs in November, well below estimate, ADP reports
USD/CAD: Loonie has limited potential for a recovery – Commerzbank
USDJPY moves back to the downside and below its 200 day moving average