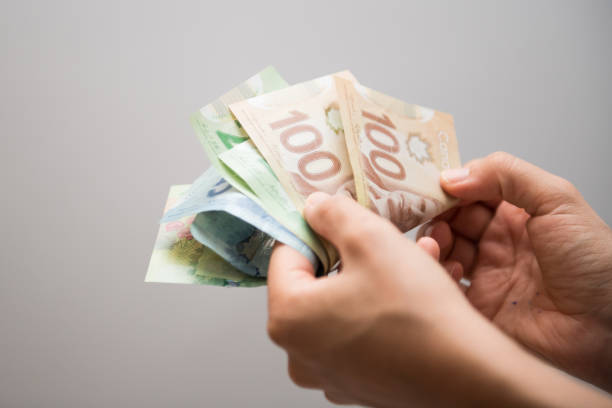 Canadian Dollar leads commodity currencies higher in Asian session, with help from extended rally in oil price. Overall sentiment is mixed though and Yen is trying to pare back some of last week’s losses. Some weakness in seen in both European majors and Dollar but movements in respective pairs are limited. Euro is also stuck in range, mixed, shrugging off the results of elections in Germany.

Technically, the developments in both stocks and treasury yields would be watched initially this week. Firstly, a question is whether the late strong rebound in US stocks could extend and even resume larger record runs. Secondly, US 10-year yield might be able to stay firm above 1.4 handle, which in turn set the stage for that 1.765 high later in the year. Accompanying that, we’ll keep an eye on whether USD/JPY could break through 110.79 resistance decisively, which would pave the way for a retest on 111.65 high.

WTI crude oil extends near term rally in Asians session and breaches 75 handle. Oil price has been lifted since late August, on improving demand as well as supply tightness. On the one hand, demand is set to picking up with easing of pandemic restrictions, and more importantly, border restrictions. Additionally, surging gas prices are also driving oil higher. On the other hand, OPEC+ seems to be lagging behind the demand rebound, due to under-investment during the pandemic as well as maintenance delays. The question is whether WTI could power through 76.38 high made back in July, and that remains to be seen. 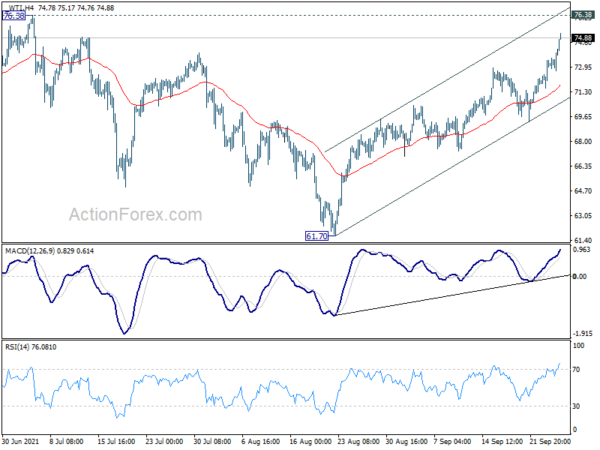 Riding on last week’s rally in oil prices and resilient risk appetite, CAD/JPY is also extending the rebound from 84.88. 87.87 resistance is now an immediate focus. Sustained break there will argue that whole correction from 91.16 has completed at 84.65 already. Break of 88.44 resistance will affirm this case and pave the way to retest 91.16 high. More importantly, with 38.2% retracement of 73.80 to 91.16 at 84.52 well defended, the medium term up trend from 73.80 could be ready to resume in this bullish scenario. 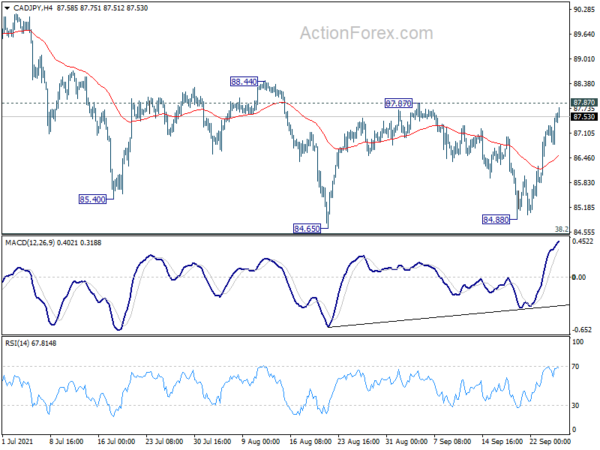 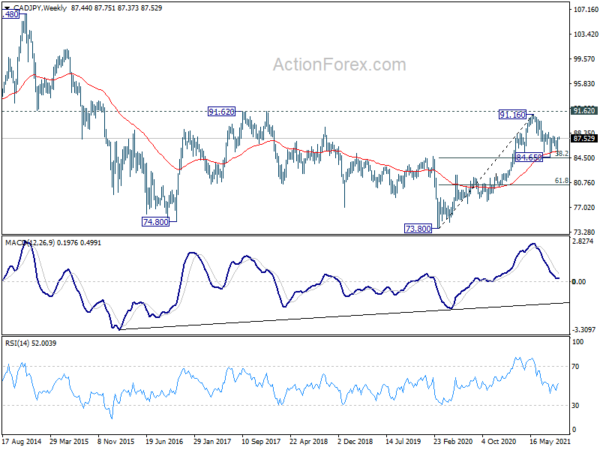 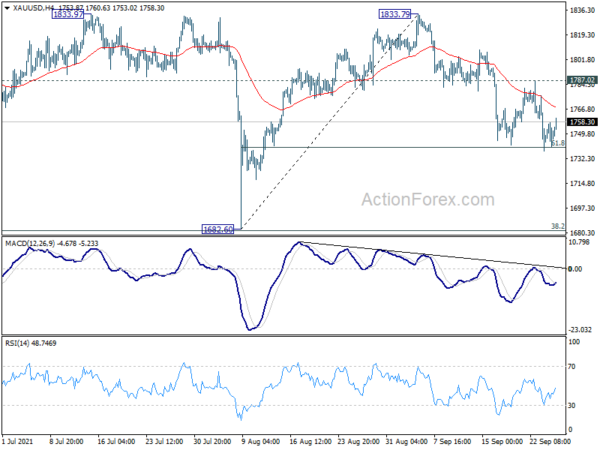 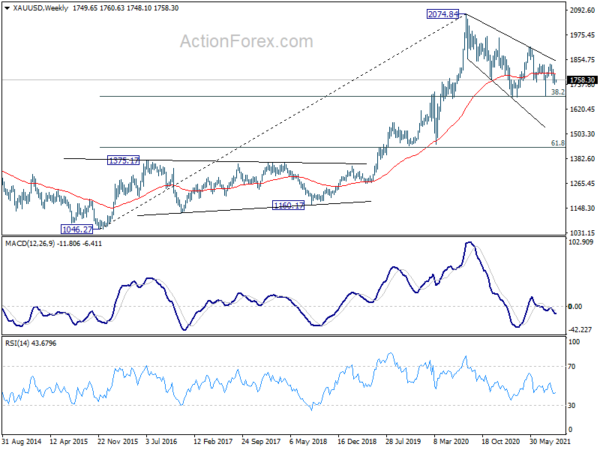 Economic data back to spotlights

Economic data will come back to spotlights this week. In particular, from the US, durable goods orders, consumer confidence, personal income and spending, and ISM manufacturing will be the major focuses. From Europe, Eurozone CPI, UK GDP and Swiss KOF will be featured. From Asia, main focuses will be on China PMIs and Japan Tankan surveys. BoJ will also release meeting minutes and summary of opinions. Here are some highlights for the week: 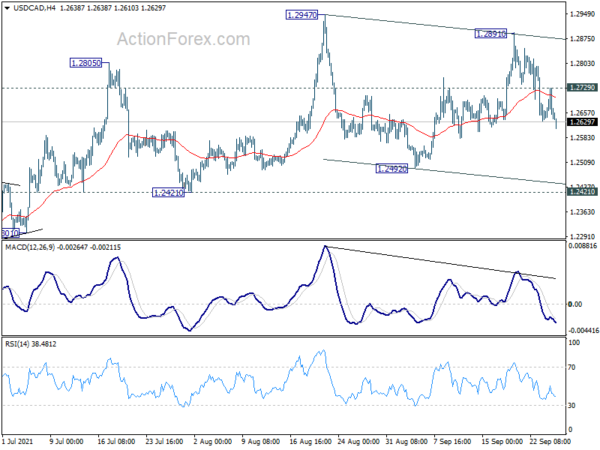 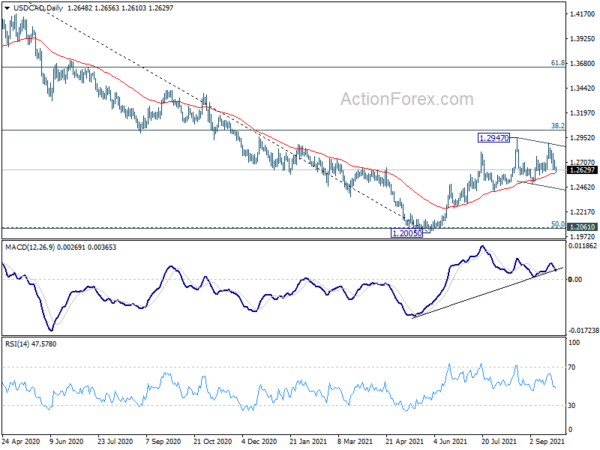