I continue to find CAD/JPY is one of the more-fascinating charts out there. It broke down on August 20 at the peak of the delta worried but ended up finishing that day higher before jumping the next Monday.

But it couldn’t get above the August high and then the Evergrande fears hit and it was flushed lower again at the start of this week.

Once again though it couldn’t break lower and is now up strongly for the third day, hitting 87.51 and likely to close at a three-week high.

There’s a weak downtrend from the June highs that’s broken now but I think the more relevant levels are the August intraday highs of 87.91 and 88.47.

If those give out I think it’s a clear sign that the reflation trade is back on. Remember, this was the best trade in the first half of 2021 in a one-way +1000 pip move.

Looking at the monthly chart, if it could clear 92.00, that would clear the way for a similar kind of rally that we had to begin the year. 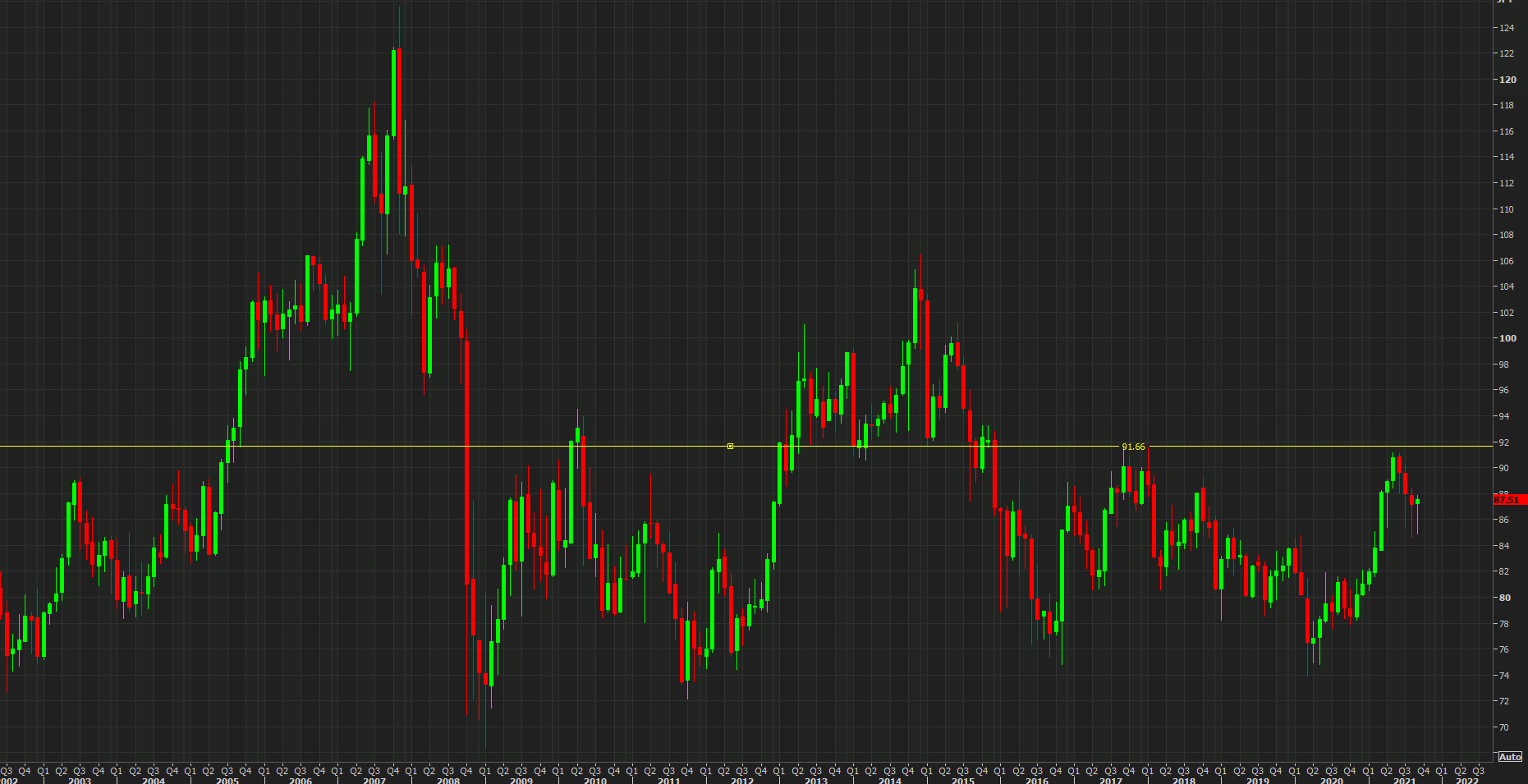